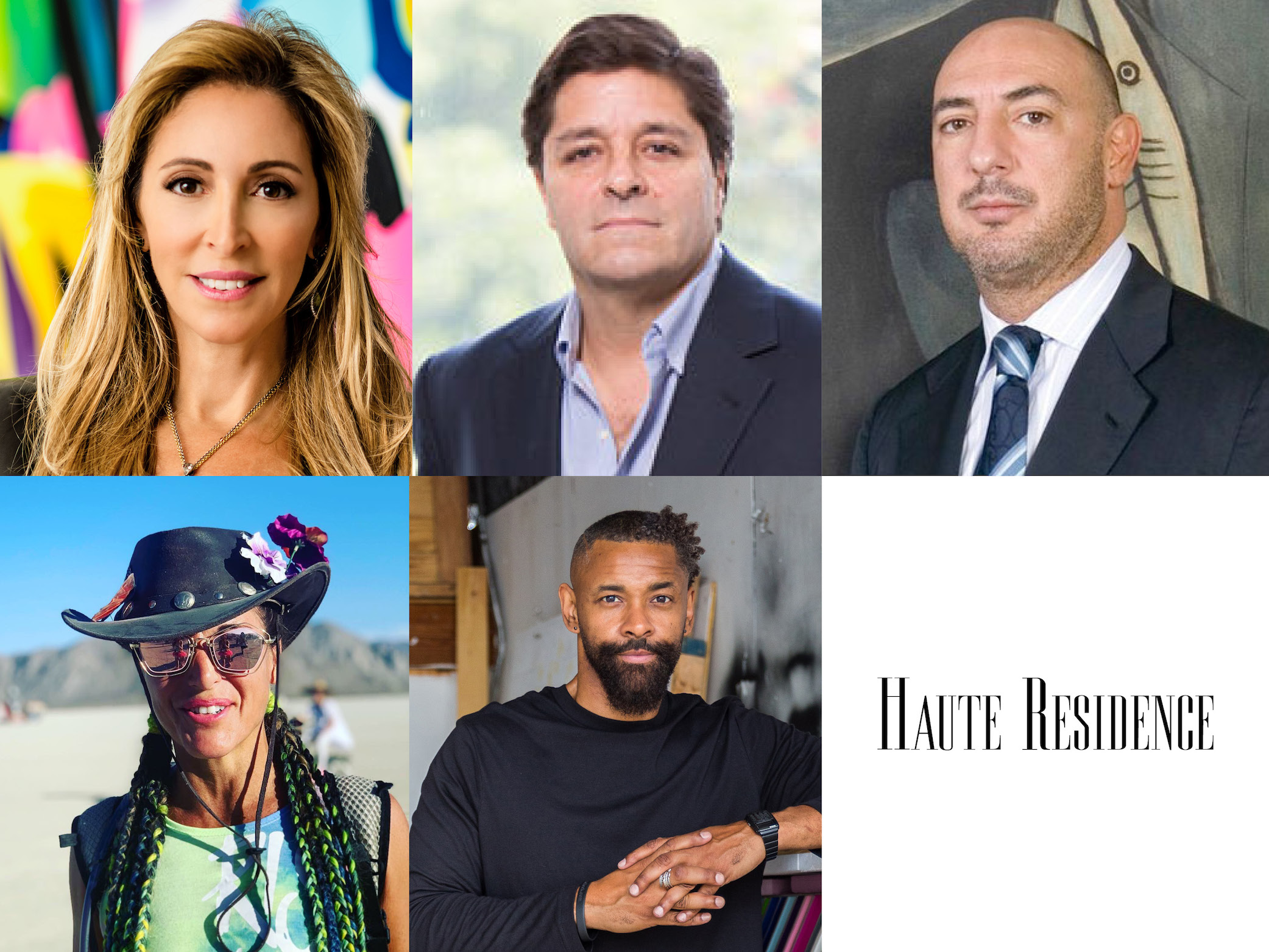 Haute Residence hosted “Art & Real Estate Talk,” a deep look into Miami’s perfect partnership in the new era with a panel of specialists in the intertwined worlds that come together perfectly in the Magic City.

Watch the webinar below.

Highlight quotes from the webinar:

Raimundo Onetto: “We have 36 different countries buying in one project, but what is changing is that we are seeing buyers from New York, Chicago, and Boston that are moving to this nice weather and city… In the past 10 years, it has been pretty amazing, what the city has done with lobbies and garages. I think that’s an amazing opportunity to bring art to real estate. They are being pushed up through the design boards but I think it’s not enough. I think we need to push it even more. Every project has the budget to bring something different and not just paint to hide the parking garages. We need to keep doing that with each project.

Jessica Goldman Srebnick: “Collaboration is really important. We are real estate developers but also advocates for art and artists and culture. It’s important for developers to look at the marriage of art and architecture in different ways and support it. I come from parents that always embraced art. They were collectors and supporters; they walk the walk. It wasn’t about just buying the art, but finding projects for artists so we could help elevate their platform. Artists are courageous. They have a way of amplifying what’s happening during all kinds of times. They question everything and allow people to have deeper conversations on all topics. Art can change an environment, a project, and bring people to a community that wouldn’t have [otherwise].”

Gary Nader: “When I told my father that it was moving to Miami, he said, ‘Why Miami? With your experience, you can open in New York, LA or Paris.’ I said that Miami was the future. I wanted to grow with the city, and I saw Miami was going to become one of the most important cities in the world; we are seeing that now. A huge part of that is the art community. Any building can be beautiful, but the only difference is the art that you put in front or inside of it… Miami is growing and getting more involved in the arts. When there are galleries that have 15, 20 venues in the world but not one in Miami, you realize Miami is a young city. These other cities are hundreds and thousands of years old. There is a lot to do in Miami with art, and that’s exciting.”

Ombretta Agro’: “One of the key aspects that is unique to Miami is that most of the known collectors are also real estate developers. This has allowed the city to merge these two forms and create neighborhoods and buildings where the art is completely interwoven into them. Art brings an element that goes beyond beautiful architecture, finishes and design because it connects people and potential buyers at a visceral and emotional level. Developers understood that art was setting a building apart and enticing clients to look at properties with a different set of eyes. We have seen lots of examples how this partnership can be successful.”

Troy Simmons: “Miami offers so much. It’s such a melting pot of cultures which leads to so many different artists coming with different ideas from different backgrounds, and things that they’re going through, and experiences they’ve had. For the developers to think in that line, to move in that direction, is something that thrills me… Moving to these types of projects, it’s a key point for the artist to be there during schematic design phases. It gives the artist and developer the opportunities to learn about each other and to really understand the direction in which the project is moving in, and the direction in which the artist’s work can flow seamlessly into that.”